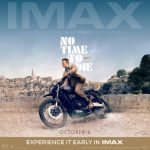 “No Time To Die” may have featured the end of Daniel Craig’s James Bond, but the end credits still promised that 007 will return — it just won’t be the same Bond audiences have known for the last five movies.

Now that Craig’s turn as Ian Fleming’s super-spy is over, the time has come for the role to be handed over to a new actor.

Whoever plays Bond in movie no.

26 will be the seventh actor to take on the part in the film series.Producer Barbara Broccoli wants the next Bond actor to stay in the part for at least a decade.

However, before she and her team even attempt to secure that commitment, they’re going to decide the trajectory of the character.

Speaking to The Hollywood Reporter, Broccoli said:”When we get to a point, like we are now, we have to think about the trajectory of the

How to Watch ‘Die Hard’

‘Emancipation’ Review: Will Smith’s Unrelentingly Brutal Slave Epic Is a B Movie with Delusions of Grandeur