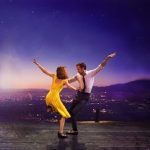 Amy Adams has joined the cast of Universal Pictures’ “Dear Evan Hansen” and will portray Cynthia Murphy, mother of the characters Connor and Zoe Murphy.“Dear Evan Hansen,” a Tony-winning musical, opened on Broadway in 2016.

The story follows a high schooler with social anxiety who gets caught up in a lie after Connor Murphy’s family mistakes one of Hansen’s letters for their son’s suicide note.

Kaitlyn Dever has been cast in the role of Zoe Murphy.Universal acquired the feature film rights in late 2018.

Stephen Chbosky (“Wonder”) will direct from a script by Steven Levenson, who wrote the book for the stage musical.

Ben Platt, who originated the part and won a Tony for his performance, is expected to reprise the title role.

He’s the son of Marc Platt.Universal