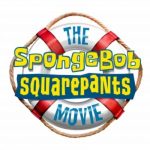 Annecy — Led by Nickelodeon’s “Paw Patrol” and ”Miraculous: Tale of Ladybug and Cat Noir,” animation still rules kids and family entertainment, according to the most recent Kids TV report by Paris-based Eurodata TV.Focusing on Europe’s “big five” markets of France, Germany, U.K., Italy and Spain and the second half 2018, three-quarters of the top 20 rankings in the five territories are for animation shows, the remainder being live action and entertainment formats.

Equally, 64% of the 28 new launches during the period in the five countries’ top 20 kids and family shows were animation shows.

“Paw Patrol” is “by far” the most-watched kids show in Europe, with 96.4 million hours watched.

The Percy Jackson Disney+ Series Is Being Written, Could Film Next Year

15 Shows Like The White Lotus You Should Definitely Check Out

The Daily Stream: What Keeps You Alive Subverts The Predatory Lesbian Trope