Are Timothee Chalamet and Zendaya Movie Stars? ‘Dune’ Will Tell Us This and Much More 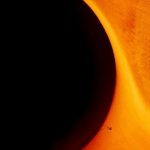 For many film enthusiasts, it is the most-awaited movie of 2021; for the industry, even in a year of unknowns, it is one of its most uncertain events.Denis Villeneuve’s take on Frank Herbert’s classic science-fiction novel vies with “No Time to Die” for most advance attention among October openings.

A $50 million opening weekend would represent major success, but most estimates put it closer to $40 million or less.

This month also saw “Venom: Let There Be Carnage” ($90 million), “No Time to Die” ($55 million), and “Halloween Kills” ($49 million) — three titles that represent 50 percent of the year’s top six opening weekends.To convey not only what a strange time this is, but also theaters’ improving fortunes, consider this: Grosses to date for October represent about 80 percent of the total gross for the last two years.As for “Dune,” predictions remain tricky.Is “Blade Runner 2049” a Good Comparison?

‘Emergency’: Meet the Filmmaking Duo Who Crossed ‘Harold & Kumar’ with ‘Get Out’ for a Sundance Hit