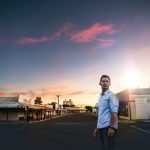 They were led by Sony’s ‘Peter Rabbit 2’ and Roadshow’s ‘The Dry’.Australian films and co-productions garnered 11.8 % of the local box office market in 2021, the biggest share for 35 years, according to figures from Numero/Motion Picture Distributors Association of Australia (Mpdaa).Sony’s Peter Rabbit 2, an Australian-us production, was the highest grossing local film, with a gross of US$16m, but with Roadshow’s literary adaptation The Dry, starring Eric Bana, snapping at its heels with a 2021 gross of $14.6m (total gross is $15.5m thanks to 2020 previews).The other biggest local performers were Warner Bros’ Mortal Kombat

Stephen King’s New Novella Rattlesnakes Is A Sequel To Cujo

How to Watch the 2022 Cannes Award Ceremony Live Stream