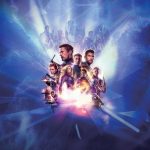 The 13 Reasons Why actress was cast in a key mystery role last October, but ultimately she doesn’t appear in the finished film.

And now we know why.

Thandiwe Newton May Join The Cast Of The Next Magic Mike

Strays: Will Ferrell, Jamie Foxx, And Will Forte To Lead Talking Dog Revenge Movie From Barb And Star Director