Christopher Nolan to introduce ‘2001: A Space Odyssey’ on 70mm at Cannes Classics

Unrestored print will play to mark the film’s 50th anniversary.This year’s Cannes Classics programme will screen an unrestored 70mm print of Stanley Kubrick’s 2001: A Space Odyssey to celebrate the 50th anniversary of the film.The event on May 12 will be preceded by an introduction from Christopher Nolan, who has been a regular advocate of […]

The Cody crime family finds itself in deeper trouble as the third season of TNT’s “Animal Kingdom” returns. With Smurf (Ellen Barkin) in jail after being framed for murder by Baz (Scott Speedman), she has trusted her grandson J (Finn Cole) with control of the family business.But the Cody men are divided on control — […]

New Directors/New Films 2018: An Elephant Sitting Still, Notes On An Appearance and Those Who Are Fine

New Directors/New Films concentrates on first/sophomore features on the more ambitious/undistributable side of the festival ledger; with that mission, it may be my favorite annual NYC fest, so all the more regrettable that deadlines and hellacious Mta/personal dysfunction limited my press screening attendance to three films. (I’ve written from elsewhere about the following titles: 3/4; […] 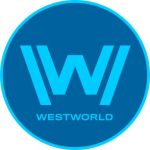 Gustaf Skarsgård, Matias Varela lead cast for projects from ‘Jimmie’ director.Jesper Ganslandt is gearing up to start shooting 438 Days for Miso Film Sweden this summer.438 Days will be based on the true story of Swedish journalist Martin Schibbye and photographer Johan Persson, who were on assignment in Ethiopia when they were captured, accused of […]

Sally Hawkins, the Oscar-nominated star of “The Shape of Water,” will take her first executive producer role, on “Cordelia,” a psychological thriller about a young woman who is haunted by past events and who starts to unravel when left alone in her apartment.Antonia Campbell-Hughes (“Lead Balloon”) stars as Cordelia. She co-wrote the screenplay for the […]

A few days ago, Star Trek actor Simon Pegg revealed that Paramount Pictures already had a completed script for Star Trek 4 prior to Quentin Tarantino pitching his own idea for an R-rated instalment in the long-running sci-fi series.Paramount had already announced a fourth entry in the rebooted series prior to the release of

Christopher Nolan Headed to Cannes for the First Time With ‘2001: A Space Odyssey’ Unrestored 70mm Print

Christopher Nolan is finally heading to the Cannes Film Festival. The director has never hit the Croisette with one of his movies, but the world premiere of a new print of Stanley Kubrick’s “2001: A Space Odyssey” will bring the auteur favorite to the 2018 edition of the fest. The festival’s Cannes Classics section has […]

Emily Blunt‘s performance in “Edge of Tomorrow” turned a lot of heads in Hollywood. Her great, strong female lead performance, as muscular, war-torn hero Rita, was part of the reason why the film worked so well. The believability she brought to the testosterone-fueled action was surprising given that we didn’t know the 35-year-old actress had […]

Corey Feldman was stabbed multiple times on Tuesday evening by an unknown assailant, a spokesman for the Lapd confirmed to Variety.The “Goonies” star is in stable condition after going to a local hospital. The police spokesperson said there was no laceration to Feldman’s abdomen or any additional injuries. The department does not have a suspect […]

Peggy Pope, the Comedic Secretary in ‘9 to 5’, Dies at 91
My favourite film aged 12: The Sixth Sense
Stephanie Beatriz and Other TV Cops Donate Earnings to Black Lives Matter
‘Law & Order’ Writer Fired After Holding A Gun In A Picture & Threatening To “Light Motherf*ckers Up”
‘Mission: Impossible 7’ Outdoor Scenes to be Shot First from September (Exclusive)
‘Just Mercy’ Is Now Available As A Free VOD Rental In June In Response To The George Floyd Killing
Victoria Mahoney in Talks to Make Studio Directorial Debut on Paramount’s ‘Kill Them All’
Film News Roundup: Sylvester Stallone Documentary ’40 Years of Rocky’ to Premiere Digitally
‘The High Note’ Starts Strong on VOD as Netflix’s ‘Lovebirds’ Drops Fast
‘The Trip to Greece’ Is the Last ‘Trip’ Film. But It Shouldn’t Be (Column)
Hot Hollywood Gosip! ‘Avatar 2’ Will Turn David Thewlis into “A Blue Thing”!
Superhero Bits: The Real Godspeed Coming to ‘The Flash’, Tom Ellis Closes ‘Lucifer’ Deal & More
‘Avatar 2’ Actor David Thewlis Has “No Idea” What The Film Will Look Like But Knows He’s “A Blue Thing”
‘Suicide Squad’: David Ayer Says ‘Deadpool’ Success & ‘BvS’ Failure Turned His “Soulful Drama” Into A Comedy
How Did This Get Made: A Conversation With Al Ruddy, Producer of ‘Million Dollar Baby,’ ‘Little Fauss and Big Halsy,’ and ‘The Longest Yard’ [Part 2]
IFC Films’ ‘The Wretched’ Is The ‘Avatar’ Of The Pandemic Box Office, Achieving A Rare Milestone
Herb Stempel, Whistleblower Who Inspired Robert Redford Film ‘Quiz Show,’ Dies at 93
David Ayer’s Original ‘Suicide Squad’ Cut Had a Stronger Connection to ‘Justice League,’ a “Rich and Dimensional” Joker
Votd: Turning Up the Heat in Spike Lee’s ‘Do the Right Thing’
Spike Lee’s ‘3 Brothers’ Short Film Brings Together George Floyd and Radio Raheem ⁠— Watch