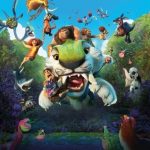 Few titles open at the North American box office post-Thanksgiving weekend, which usually is one of the weakest of the year.

This year, it will see less than $9 million.

Fewer than half of domestic theaters are open, of course, but the biggest barrier remains audience resistance to theaters during the pandemic.Thanks to “The Croods: A New Age,” this isn’t the lowest-grossing weekend since theaters began reopening in mid-August.

That sequel received most of the action, along with five other titles from Universal and its specialty division Focus Features.Three of those titles — “Freaky,” “Let Him Go,” and “Come Play” — are already available at home for $19.99 after each spent three weeks in theaters.

With the absence of product, they continue to place in the top 10.

The three other films, including “Croods,” will also land on VOD platforms this month.There were

12 Movies To Watch If You Loved Tenet