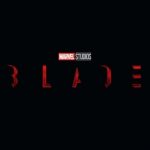 Disney announced major shifts to their theatrical release calendar on Tuesday, including delays for six Marvel films and official release dates for Kenneth Branagh’s next Hercule Poirot film, among others.On the Marvel slate, the delays include Mahershala Ali-led “Blade” film being pushed back by nearly a full year, from November 23, 2023 to September 6, 2024.

The new release date announcement comes shortly after the film’s production went on hold until early next year after director Bassam Tariq exited the film in September.

The project currently does not yet have a director attached.The other delayed Marvel films include the untitled third “Deadpool” film, which will see star Ryan Reynolds joined by Hugh Jackman, who reprises his role as Wolverine for the first time since the “X-Men” film and character rights were reacquired by Marvel Studios.

The film, initially set for “Blade’s” new release date, has been pushed back

Bridgerton’: This Is the Reason Penelope’s Story Actually Matters

“Nobody Shot a Feature Film on 16mm in Lithuania for a Long Time”: Dp Laurynas Bareiša on Slow