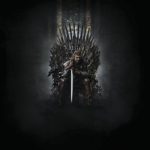 It is directed by Pelayo De Lario, whose “Jack” was awarded on the festival circuit in 2021.“Tales of Babylon” follows two siblings looking to escape their abusive mobster grandfather, who join forces with a pair of hitmen with a knack for the theatrical in their search for a new life.

It was shot around the London Docklands, Brixton, Greenwich, Hammersmith and Hoxton.De Lario said: “‘Tales of Babylon’ is a compilation of stories from the points of view of different criminals in London, modern day Babylon.

I wrote ‘Tales of Babylon’ as a type of love letter to this city, a story compiling all the stories

‘The Last of Us’ Ep. 3 Review: ‘Long, Long Time’ Is a Masterful Love Story for the Ages

What Makes the Grumpy Dad-Adopted Daughter Trope So Special

Poker Face Episode 3 Ending Explained: How the Sausage Gets Made