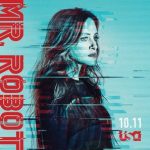 The people who brought Homecoming Season 2 to life knew they had a challenge ahead of them.

After all, the first season of the Amazon half-hour drama was unique in so many fascinating ways: It was based on a scripted podcast, starred a very de-glammed Julia Roberts, and experimented with every aspect of production, even the shape of the frame itself.

Much of that came courtesy of Mr.

Robot creator Sam Esmail, who directed every episode and clearly had a ball incorporating long takes and classic film scores into the noir thriller about a mysterious military program with …

Look who’s stalking: how the slasher movie screamed its way back

Riverdale Season 6 Trailer: Things Get A Little Hellish When Sabrina Shows Up