If ‘No Time to Die’ Must Push into 2021, Here’s Why a Summer Release Is Unlikely 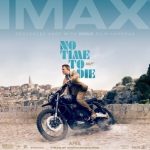 The first theatrical release to reschedule in the face of Covid-19 was “No Time to Die.” As the the 27th 007 installment, it’s part of an extraordinary franchise that’s survived nearly 50 years, with seven leading men as James Bond; someday, presuming the pandemic permits it, there will be a 28th Bond title, with an eighth leading man.

(Daniel Craig has repeatedly sworn that the Cary Fukunaga Bond film will be his last.)But first things first.

“No Time to Die” is currently slated for November 20, and this week saw unconfirmed speculation that even the fall date may be unduly optimistic.

There’s little assurance that American theaters will have resumed normal operations, and China also looks daunting with its announcement that until further notice all theatrical releases must be two hours or less.

(Fukunaga’s film is a whopping 2:43.)One well-placed source categorically denied the possibility of pushing again.

‘Dune’ Mines Just $6.45 Million Out of China on Opening Day

‘The Summit of the Gods’ Review: Mount Everest Is No Less Imposing When It’s Animated

The Ultimate Wes Anderson Gift Guide, Just in Time for ‘The French Dispatch’