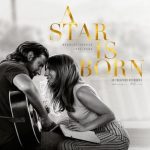 Joan Didion, the journalist, novelist, and screenwriter of such films as the 1976 “A Star Is Born” died Thursday at her home in Manhattan at the age of 87.

The New York Times reported that the cause was Parkinson’s disease.Didion was born in Sacramento in 1934.

The fifth-generation Californian found some of her most important material for her earliest writing in the culture and chaos of her home state.

Her career began after she won a pair of writing contests put on by magazines during her time at Uc Berkeley.

One of those wins led her to begin writing at Vogue.She worked her way up to features editor at the fashion magazine.

In 1963 she published her first novel, “Run River,” about the unraveling of a marriage that also serves as a commentary on the history of California.Around that time and while living in New York she struck up a friendship,

The Sundance Kid Might Have Some Regrets: Everything We Know So Far About The Zoe Kravitz Heist Thriller

‘Olga’ Review: This Tiny Swiss Sports Drama Illuminates What Ukrainians Are Going Through

‘Doctor Strange 2’ Originally Opened With A Gruesome Death For Baron Mordo At The Hands Of Wanda
The Sundance Kid Might Have Some Regrets: Everything We Know So Far About The Zoe Kravitz Heist Thriller
Vicky Eguia, Public Relations Executive at Amazon Studios, Dies at 48
Here’s Why Courteney Cox Doesn’t Expect Gale Weathers To Die In The Scream Franchise
Duffer Brothers to Digitally Fix ‘Stranger Things’ Birthday Error by ‘George Lucas-ing the Situation’
‘Olga’ Review: This Tiny Swiss Sports Drama Illuminates What Ukrainians Are Going Through
7 Movies Where Hong Kong’s Capsized Floating Restaurant Did (And Didn’t) Appear
Elvis review – blistering, turbocharged chronicle of the King
6 Movies To Watch If You Loved The Black Phone
Dario Argento on Starring in Gaspar Noé’s ‘Vortex’: ‘I Don’t Feel Like What I Did Was Acting’
Elvis And Top Gun: Maverick Are Neck And Neck In The Race To Win This Weekend’s Box Office
Blade Runner’s Rachael Was An Homage To A Golden Age Hollywood Star
Chris Hemsworth Says Showing His Naked Butt in ‘Thor: Love and Thunder’ Was a ‘Dream’ Come True
Hannibal Lecter Caused Major Headaches For Army Of Darkness
‘Gaslit’ Didn’t Want Watergate to Look Any Different from Today’s Political Debacles
Nathan Fillion Supports Embattled Director Joss Whedon: “I Would Work With Him In A Second”
Tales From The Box Office: In 1982, E.T. Buried Blade Runner And The Thing
‘Jurassic World: Dominion’: How the Giganotosaurus Became the Joker of the Franchise
Ezra Miller’s Story Get Worse: New Allegations Involve Children In An “Unsafe” Environment, Unattended Guns & More
Box Office: ‘Elvis’ Opening and ‘Top Gun: Maverick’ Battling for No. 1, ‘Black Phone’ Ringing Up 23 Million