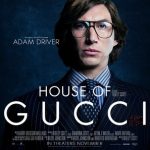 Last week’s “House of Gucci” official trailer premiere stirred up even more buzz for what is one of the year’s most anticipated films.

The film is notable for being Lady Gaga’s second leading film role.

Her first, Bradley Cooper’s “A Star Is Born,” won her the Oscar for Best Original Song and garnered her an Oscar nomination for Best Actress.

Many Oscar pundits are watching closely to see if “Gucci” can bring Gaga back to the Academy Awards.

The actress gave her first in-depth interview on the new film to British Vogue, where she revealed just how Method she went to play Patrizia Reggiani.“It is three years since I started working on it, and I will be fully honest and transparent: I lived as her [Reggiani] for a year and a half.

And I spoke with an accent for nine months of that,” Gaga said.