Peacemaker Is James Gunn Unleashed, Calls It A ‘Funeral’ For Warner Bros. 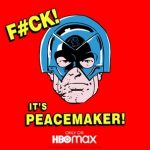 One of the breakout successes of James Gunn’s “The Suicide Squad” was John Cena’s turn as The Peacemaker, the ultra-violent vigilante who believes in peace at all costs (as he sees it), literally murdering his way through supposed obstacles to freedom.

At DC Fandome, we saw a significant early glimpse at the forthcoming HBO Max “Peacemaker” series, set to premiere on HBO Max on January 13, 2021.

Gunn wrote all eight episodes of the high profile series and directed five episodes himself.In a panel previewing what we can expect from “Peacemaker,” executive producer Matt Miller summarized the show in an unexpected way, highlighting: ” …