‘Shazam!’ Trailer: Just Say the Magic Word and You, Too, Might Become a Superhero — Watch 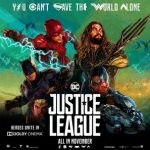 Superman,” and other movies based on DC Comics are generally known for being dark and brooding.

If the first trailer for “Shazam!” is any indication, David F.

Sandberg’s take on the superhero is very much an exception — the eponymous crimefighter is a kid who transforms into an adult superhero whenever he says the word (you guessed it) “shazam.” Watch the trailer, which just premiered at Comic-Con, below.Zachary Levi stars as Shazam, having previously played Fandral the Dashing in “Thor: The Dark World” and “Thor: Ragnarok”; Asher Anger is Billy Batson, a mild-mannered teenager who gets on the subway one day and encounters a mystical being who endows him with superpowers.

This comes as a surprise to both him and his close friend, who go about determining which powers he actually has — and are pleased to learn that he’s been gifted with super strength,

Russell T. Davies Is Returning To Doctor Who As Showrunner In 2023

The Sandman Audiobook Is Better Than It Has Any Right To Be, Even With A Disappointing Act II

Star Wars Bits: Disney+ Day, The Book Of Boba Fett, Quantic Dream’s Star Wars Video Game, Star Wars: Visions, And More!
Netflix’s ‘Clickbait’ Shoots to the Top of Nielsen’s Streaming Rankings
Midnight Mass Review: Keep The Faith And Follow Mike Flanagan Down A Haunting Rabbit Hole
The Tragedy Of Macbeth Review: Denzel Washington And Frances McDormand Cut A Bloody Swathe Through Joel Coen’s Expressionist Nightmare
Russell T. Davies Is Returning To Doctor Who As Showrunner In 2023
Ray Liotta Turned Down ‘The Sopranos’ Because He ‘Didn’t Want Another Mafia Thing’
Stranger Things Season 4 Promo Teases The Arrival Of Robert Englund’s Victor Creel
The Sandman Audiobook Is Better Than It Has Any Right To Be, Even With A Disappointing Act II
Daily Podcast: We Don’t Like The Casting Of Super Mario Bros Animated Movie
The Daily Stream: In Capote, The Late, Great Philip Seymour Hoffman Gives New Meaning To The Phrase ‘In Cold Blood’
The Marvels: Release Date, Cast, And More
‘The Tragedy of Macbeth’ Enters Oscar Race with Frances McDormand and Denzel Washington
Can Fantastic Beasts: The Secrets of Dumbledore work some magic on the wizarding world?
How long can James Bond resist the call of a TV spin-off?
The Morning Watch: The Mandalorian Season 2 Special Effects, Jungle Cruise Honest Trailer & More
Mark Hamill Says ‘Star Wars’ Prequels ‘Impressed’ Him: ‘They Had Their Own Identity’
Minions: The Rise Of Gru: Release Date, Cast, And More
‘Bondmania’: cinemas hire extra staff for No Time To Die release
Birds of Paradise review – Amazon’s ballet drama is no Black Swan
‘A culture wars lightning rod’: exit Craig, enter a panic over woke Bond