The 46th César Awards took place at L’Olympia Bruno Coquatrix in Paris on Friday, February 25. The ceremony, France’s equivalent of the Academy Awards, honored the best in French cinema from 2021. The star-studded event also featured plenty of American talent, with the likes of Adam Driver and Cate Blanchett attending the ceremony. The show […]

This year’s ceremony was uncharacteristically devoid of controversy after politically-charged editions in 2020 and 2021.Xavier Giannoli’s costume drama Lost Illusions was the big winner at the 47th Cesar awards of France’s Academy of Cinema and Arts and Sciences on Friday evening (25), winning best film, adapted screenplay, costume and supporting actor among others.The adaptation of […] 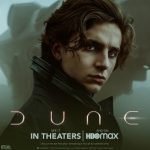 While 2021 may be in the rearview mirror, the awards season is still waging on, with the March 27 Oscars ceremony still over a month away. Back in December, IndieWire revealed its annual poll of the best films of 2021. This year saw a boon in cinema offerings with the revival of the festival circuit […]

Every year, the Library of Congress decides to honor specific films by adding them to the National Film Registry. This means out of all the films in the world, released over the past century or so, the US Government has decided that these features are deemed worthy of preservation for their historical significance and/or creative […]

Ron and Russell Mael didn’t intend for 2021 to be the year they conquered Hollywood, but there’s serendipity in what wound up happening. The brothers, known for their longtime work in the band Sparks, found themselves overcoming decades of false starts in the movie business with not one but two highly acclaimed films.First up was […]

“Annette” producer Charles Gillibert is set to produce “Rodeo,” Lola Quivoron’s daring feature debut about a young woman who infiltrates an underground dirt bike community in France.Quivoron previously directed the short film “Au Loin, Baltimore,” which played at Locarno in 2016 and, co-directed (with Antonia Buresi) “Headshot,” a documentary about today’s youth that aired on […]

Why ‘Spencer’ Is a German Film, and How ‘I’m Your Man’ Reflects the Best in New German Cinema

To the uninitiated, Princess Diana biopic “Spencer” might appear like the quintessential British film, albeit with a Chilean director and an American star. But it is, in fact, German, Simone Baumann, managing director of German Films, says. It’s a German-u.K. co-production to be exact, but shot in Germany, with a German producer, Komplizen Film, on […]

The French filmmaker was in Hamburg for the German premiere of ‘Annette’.French writer-director Leos Carax was presented with the prestigious Douglas Sirk award ahead of the German premiere of his latest film Annette at the Filmfestt Hamburg on October 2.He joins the ranks of luminaries including David Cronenberg, Tilda Swinton, Wong Kar-Wai, Jodie Foster, Fatih […]

Every Tuesday, discriminating viewers are confronted with a flurry of choices: new releases on disc and on-demand, vintage and original movies on any number of streaming platforms, catalogue titles making a splash on Blu-ray or 4K. This biweekly column sifts through all of those choices to pluck out the movies most worth your time, no […]

Oscars Academy Postpones All In-Person Events and Screenings Until 2022

Covid is still disrupting the Oscar season. On Friday, the Academy of Motion Picture Arts and Science canceled all in-person events and screenings for the remainder of 2021. However, the Academy Museum in Los Angeles is still scheduled to open on Sept. 30, with the museum operating at 50% capacity during business hours and with […]

Netflix Has Added A Warning To The Stranger Things 4 Premiere Following The Uvalde School Shooting
‘Zero Contact’ Review: The Zoom-Shot Movie Subgenre Dies Yelling
Gran Turismo Movie In The Works At Sony, Neill Blomkamp Might Direct
From ‘Elvis’ to ‘Inglourious Basterds,’ Relive the Longest Cannes Standing Ovation Applause of All Time
‘The Dropout’: Naveen Andrews Was Ready for the Lil Wayne Scene to Play Out Much Differently
Viola Davis, Jeffrey Wright, and More React to Ray Liotta’s Death: ‘Passionate Collaborator and Brilliant Actor’
Horror Movie Child Stars You Wouldn’t Recognize Today
‘Fire Island’ Review: Joel Kim Booster & Andrew Ahn Deliver An Instant Queer Romcom Classic
Ray Liotta, Hollywood Legend And Goodfellas Star, Has Died At 67
Bob’s Burgers Creator Loren Bouchard Is Down To Make A Sequel Movie
At Cannes, the Most Important Movies Are the Hardest Ones to Watch — Analysis
Featuristic Films, WTFilms re-team on survival thriller ‘Cold Meat’ (exclusive)
A Short History Of The Gorn In The Star Trek Universe
McKenna Grace Announced The Release Of The Bad Seed Returns Has Been Delayed Following Uvalde Shooting
How Microsoft Turning Down A Marvel Deal Led To PlayStation’s Exclusive On The Spider-Man Games
Hayden Christensen Explains His ‘Cathartic’ Return to Darth Vader for ‘Obi-Wan Kenobi’
‘This Is Us’ Finale Had the Series’ Best Ratings Since November 2020
Melanie Lynskey Isn’t a Fan of Watching Herself Onscreen in ‘Yellowjackets’: ‘It’s Torture’
Viggo Mortensen Dispels “Bullsh*t” Myth That Cronenberg’s Cannes Jury “Deprived” Pedro Almodóvar Of 1999 Palme d’Or Win
Pairing Jason Statham With A Baby Was A Big Bet For The Fast 8 Crew