IMAX has released a new behind-the-scenes featurette for Avengers: Infinity War that reveals why seeing the film in IMAX makes a difference. Now, IMAX presentation can offer a great benefit to audiences, but there are different kinds of IMAX movies. There are films like Dunkirk where director Christopher Nolan shot the film specifically with the […]

The history of the Untitled Millie Vanilli movie has been almost as much of a byzantine roller coaster ride as the duo’s infamous career. The latest roadblock for the biopic, which dates back to a 2007 screenplay by fan Jeff Nathanson, who wanted to direct the film himself, was the demise of Brett Ratner’s $450 […]

The location managers responsible for the settings of the films “Dunkirk” and “Baby Driver” and the television shows “Game of Thrones” and “Ozark” won the top awards on Saturday night from the Location Managers Guild International, which presented its fifth annual awards at the Alex Theatre in Glendale.Ben Piltz and Arnaud Kaiser won the Outstanding […]

Christopher Nolan Headed to Cannes for the First Time With ‘2001: A Space Odyssey’ Unrestored 70mm Print

Christopher Nolan is finally heading to the Cannes Film Festival. The director has never hit the Croisette with one of his movies, but the world premiere of a new print of Stanley Kubrick’s “2001: A Space Odyssey” will bring the auteur favorite to the 2018 edition of the fest. The festival’s Cannes Classics section has […]

Spike Jonze Behind the Scenes: Watch the Director Choreograph and Film His Apple Short Film

Spike Jonze broke the internet earlier this month with the release of his Apple short film, “Welcome Home.” Starring Fka Twigs, the project acted as a commercial for Apple’s new HomePod speaker system and earned instant praise for its choreography and set design. The short features Fka Twigs dancing with her double as the music […]

The Morning Watch is a recurring feature that highlights a handful of noteworthy videos from around the web. They could be video essays, fanmade productions, featurettes, short films, hilarious sketches, or just anything that has to do with our favorite movies and TV shows. In this edition, a video essay examines the evolution of romcoms […]

Which Movies Should Win Oscars? Critics Weigh In on Academy Awards 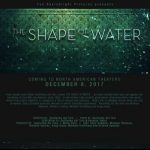 By definition, the Oscars can’t please everyone. Come Sunday, one movie will win every category, and fans of the others will claim they were robbed. Pundits have made educated guesses about the frontrunners for weeks, but there’s often a difference between which movies will win and those that should, as IndieWire’s annual critics survey proves […]

Why Dunkirk should win the 2018 best picture Oscar

In the last of our series, Andrew Pulver salutes Christopher Nolan’s second world war drama, a dazzling blockbuster on an intimate, human scaleIt’s fair to say that Dunkirk is not a frontrunner for the best picture Oscar: it contains no showpiece, emotion-arousing acting performances, it eulogises a wartime episode that doesn’t really register on Us […]

This Year’s Oscar Nominees Get Gorgeous New Posters from Shutterstock

The Oscars are almost here, and Shutterstock is getting in on the action by reimaging the posters for this year’s nominees. While most of the official posters for the nominees were pretty good (although the less said about the bland one for Call Me by Your Name, the better), Shutterstock’s team of designers decided to […]