Winners include Bulgarian-Greek comedy ‘The Father’ and Jan-Ole Gerster’s ‘Lara’.Bulgarian-Greek comedy The Father won the Grand Prix – Crystal Globe at the 54th Karlovy Vary International Film Festival (June 28 – July 6), which closed yesterday with its annual awards ceremony.Scroll down for full list of winnersDirected by Kristina Grozeva and Petar Valchanov, The Father […]

Christian Bale and Matt Damon are out to build a Grand Prix-winning car in Ford v. Ferrari, the latest from Logan director James Mangold. Based on the true story of Ford’s attempt to build a car to beat Ferrari at the 1966 24 Hours of Le Mans race in France, the biographical drama also stars […]

Jonas Mekas, the Lithuania-born filmmaker who started Film Culture magazine and the organization that became New York’s Anthology Film Archives, died Wednesday. He was 96.Anthology Film Archives wrote on Instagram, “He will be greatly missed but his light shines on.”He made works such as 1962’s “Guns of the Trees” and 1964’s “The Brig,” which won […]

Does Cannes Have a Future? Yes, But the Festival Needs to Change 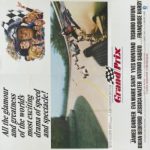 The red carpet, in America, is a flat expanse of star-studded glamour, a VIP corral. At the Cannes Film Festival, the red carpet starts off as an expanse but then, as it approaches the Grand Palais, it ascends, in 24 Cinderella steps — a literal stairway to heaven. The meaning of that stairway isn’t stardom. […]

A quiet, selfie-less Cannes film festival came to a close Saturday night with fireworks as Hirokazu Kore-eda’s Shoplifters took home the Palme d’Or, while Spike Lee’s BlacKkKlansman landed the runner-up Grand Prix award.Japanese helmer Hirokazu’s film revolves around a family of small-time crooks who take in a child they find on the street. Lee’s film, […]

Cinestaan International Sales has sold rights Shubhashish Bhutiani’s “Hotel Salvation” to pay-tv group Astro for 12 South East Asian territories including Malaysia, Singapore, Indonesia, Vietnam, Thailand and the Philippines. The film had previously been licensed to some 30 other territories including the U.K., U.S., Germany, France, Spain and Italy.The film premiered at Venice in 2016, […]

Vittorio Taviani, who along with his brother Paolo formed one of the world’s premier filmmaking duos, has died at age 88. His daughter confirmed the Palme d’Or, Golden Bear, and Golden Lion winner’s passing after a long illness. Beloved in their native Italy for decades and celebrated at film festivals the world over, the Taviani […]