One of the biggest awards contenders this year is likely to be Roma, the latest film from Gravity and Children of Men director Alfonso Cuarón, but it’s nothing like either of those two films. Instead, the filmmaker has crafted a family drama that many critics are calling a masterpiece. You’ll see why in the new […]

‘Halloween’ Breaks Records, While ‘A Star Is Born’ Shows October Can Work for Box Office and Awards Play

In another hit from a very strong October, “Halloween” is the month’s second-best opening weekend ever. Its $77.5 million total is just a little below what “Venom” debuted to two weeks ago, at 10 times the budget.Meanwhile, “A Star Is Born” became the second release this month to reach $200 million — a first for […] 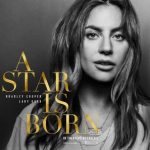 When a major studio’s awards contender shoots past the century mark this early in the fall, it’s something to celebrate, and Warner Bros’ Bradley Cooper-Lady Gaga musical romance drama A Star Is Born has filled $100 million-plus worth of movie auditoriums in its first 12 days of domestic release.Let’s face it, not all adult-oriented awards […]

Damien Chazelle’s drama about Neil Armstrong and the 1969 Apollo 11 moon landing is a moving tale of loss and perilIn William Peter Blatty’s underrated 1980 mystery-thriller The Ninth Configuration, a grounded lunar astronaut played by Scott Wilson (who sadly died last week) delivers a heartbreaking soliloquy that perfectly encapsulates the existential crisis at the […]

It was a record weekend at the box office for Sony’s release of Venom, which delivered a massive $80 million, topping the previous October opening weekend record by more than $20 million. Additionally, Warner Bros.’s A Star is Born more than carried its own weight with a stellar debut of its own, topping $40 million […]

Sony’s “Venom” is set to smash the previous opening weekend record for October with an estimated $80 million from 4,250 theaters.The film, which stars Tom Hardy as Eddie Brock, who becomes the eponymous anti-hero Venom, is likely to beat out the last record-holder, “Gravity,” which debuted in 2013 to $55.7 million. Sony is projecting a […]

The October box office is off to an unprecedented start this weekend, as Columbia Pictures’ “Venom” is currently estimated to obliterate this month’s opening weekend record with an $81.7 million start from 4,250 screens.If that estimate holds, it would be 46 percent ahead of the previous October record set by “Gravity” five years ago with […]

Bradley CooperTom Hardy’s “Venom” earned an impressive $10 million at 3,543 North American locations on Thursday night — the top October number preview of all time.Lady Gaga’s musical drama “A Star Is Born” launched with a solid $4.6 million in previews, with $3.2 million on Thursday and $1.4 million for sneak showings on Tuesday and […]

October 2018 is primed to get off to a record start with Sony’s release of Venom debuting in a massive 4,250 locations, which already serves as the widest October release of all-time. At stake is the October opening weekend record, currently held by Gravity and its $55.7 million debut back in 2013, but things don’t […]

Alfonso Cuaron claimed the coveted Golden Lion at the 75th Venice International Film Festival for his much-lauded “Roma,” a semi-biographical black-and-white neo-realist depiction of middle-class Mexico in the ’70s. He previously launched “Gravity” at the same event in 2013, which would win seven Academy Awards.What made this year’s moment extra-sweet was that jury president and […]

‘Bad Sisters’ Review: Sharon Horgan’s Murder Mystery Is a Sharp Family Story Spread a Little Thin
Chloë Sevigny on ‘Kids,’ ‘The Last Days of Disco,’ and Nuking the ’90s Status Quo
How to Watch Dragon Ball Super: Super Hero: Is it Streaming or in Theaters?
Peter Jackson Says There’s “5 Or 6 Hours” Of Great ‘Beatles: Get Back’ Footage, But Disney/Apple “Reluctant” To Release Extended Cut
The Sweet Story Behind Rhea Seehorn’s *Other* Emmy Nomination
What to Watch This Weekend: August 19-21
10 Great Horror Films Set in the Past to Hunt Down After ‘Prey’
‘House Of The Dragon’ TV Review: ‘Game of Thrones’ Prequel Reclaims Legacy Of Hit HBO Series
‘The Sandman’ Drops Surprise Bonus Episode Starring Sandra Oh, David Tennant, and James McAvoy
CNN Originals Hub Launches on Discovery+ with Over 800 TV Episodes
Sex Education’s James Purefoy: ‘Fisherman’s Friends is the only good thing that came out of Brexit’
The Sandman Gets Bonus Episodes A Dream of a Thousand Cats & Calliope
House Of The Dragon Review: A Bold And Brutal Tale Of The Women Of Westeros
‘Traveling Light’ Review: Stuck in Close Quarters, Staving Off Covid and Boredom
A Secret Bonus Episode Of The Sandman Is Now Streaming On Netflix
Big Zuu Fronts BAFTA, Digital Cinema Media Emerging Talent Campaign – Global Bulletin
House of the Dragon Review: A Return to Westeros With Renewed Hope
Beast Cast & Character Guide: Who’s in the Idris Elba Survival Horror Film
Grease Returning to Theaters in Honor of Olivia Newton-John
‘Better Call Saul’ Found the Perfect Way to Make ‘Breaking Bad’ Part of Its Goodbye