Tag Archives for " In the Heights "
0 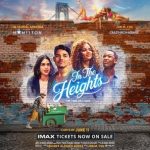 Every year tends to come with both good and bad times. But some years, it really feels like there may be rather more of one than the other. For instance, following the merger of WarnerMedia with Discovery, those affected by CEO David Zaslav’s ruthless cost-cutting measures that left numerous projects canceled or vaulted to never […] 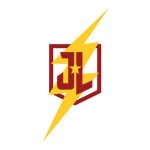 HBO Max has been removing plenty of titles in recent months as it nears its next stage of evolution, merging with Discovery+, and January 2023 will be no different. Fan favorite DC animated series such as Justice League and its successor Justice League Unlimited, and Batman: The Brave and the Bold will be leaving the […]

Why Warner Bros. Killed ‘Batgirl’: Inside the Decision Not to Release the DC Movie

The death of “Batgirl” on Tuesday sent immediate shockwaves through Hollywood. The film — with a 75 million budget that grew to 90 million due to Covid-related overages — had finished shooting months ago and was in test screenings as directors Adil El Arbi and Bilall Fallah worked through the post-production process. Star Leslie Grace […]

‘Irredeemable’ Batgirl movie unexpectedly cancelled despite being in final stages

‘The Bob’s Burgers Movie’: Behind the Musical Spectacle of the Animated Big-Screen Spinoff

While “The Bob’s Burgers Movie” is sure to be a hit with fans of the animated Fox series, there’s also a lot for newcomers to enjoy, including four toe-tapping musical numbers that ramp up the energy while revealing the internal lives of the Belchers — parents Bob (H. Jon Benjamin) and Linda (John Roberts) and […]

Scream Star Melissa Barrera Has Some Ideas For A Sequel [Interview]

There really is something about Sam. The new lead character of the “Scream” universe, played by “In The Heights” star Melissa Barrera, is a charismatic badass with the smarts and the skills to outwit even the most intricate and diabolical of Ghostface’s games. This means — you guessed it — she’s the perfect successor to […]

In an exclusive newsbreak, Deadline has announced that the upcoming “Batgirl” movie has added Ivory Aquino to the cast, and those who speculated the character calling for “Alanna” was actually for the comic book character Alysia Yeoh have been proven correct. Aquino joins the cast which includes Leslie Grace (“In the Heights“), J.K. Simmons (“Spider-Man: […]

Guardian writers discuss their favourite bits from some of the year’s finest films, from In the Heights to The Power of the Dog to Licorice PizzaWhen I say I missed the cinema, specifically I meant I miss seeing musicals on the big screen. While Jon M Chu’s In the Heights was made before the pandemic, […]

Out of tune: why are audiences staying away from the movie musical?

West Side Story, Dear Evan Hansen and In the Heights have all been box office flops this year, which has led to a questioning of the genre’s place in HollywoodIn a very strange year for movies, the failure of Steven Spielberg’s West Side Story is perhaps the most head-scratching development of all. The remake of […]

The Underperformance of ‘West Side Story’: No, It’s Not Just Because Gen Z Doesn’t Like Musicals (Column)

I liked Steven Spielberg’s emotionally energized, visually bustling “West Side Story” just fine, though I’m not as over the moon about it as some of my critical colleagues. There’s an ecstatic tone wafting through the reviews. I raise the issue because you would have expected that collective hosanna to be one of many things that […]