A galaxy of stars paid fulsome tribute to filmmaker John McTiernan and stuntman Vic Armstrong as they were both awarded Moving Target awards on Friday for their outstanding contributions to the action genre at the inaugural London Action Festival.The awards were presented at London’s Royal London Geographical Society and icons from the action genre attended, […]

In addition to showcasing Daniel Craig’s dialectical range, Rian Johnson’s “Knives Out” proved that the lone detective whodunit is still alive and kicking. It grossed over 300 million at the box-office (on a budget of 40 million), and its critical reception was nothing short of adoring (read ThePlaylist’s A-grade review here). (It also picked up […]

Edgar Wright’s “Last Night in Soho” was a polarizing movie. I leaned on the positive side, but sometimes felt it bit off more than it could chew. Where I find no fault is in the film’s performances and visuals. Chung-hoon Chung makes any movie he shoots better, and while Wright’s script sometimes falters, his direction never […] 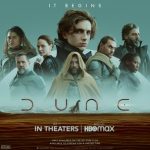 No one in the film world had a Year in Music quite like Edgar Wright. Almost right on the heels of “The Sparks Brothers,” his documentary tribute to a duo celebrating its 50th anniversary of eccentric rock heroism, came “Last Night in Soho,” a bloody supernatural thriller that nearly doubled as a movie musical, thanks […]

With a reputation for nuanced color tones and tweaks that may evoke a suffocating Buckingham Palace in “The Crown” or a ghostly time shift in “Last Night in Soho,” Asa Shoul, senior colorist at Warner Bros. De Lane Lea in London, is increasingly tough to book.A veteran of post production on some 50 feature films, […]

“Baby Driver” was among the most adored films of 2017, and it went on to gross more than $226 million worldwide upon release. The film, starring Ansel Elgort as a music-loving getaway driver doing One Last Job, was successful enough to stir up sequel hopes from studio Sony — and that might not be too […]

‘Last Night in Soho’ Co-Writer Krysty Wilson-Cairns Loves That Wild Twist, but She Knows It Hurts

[Editor’s note: The following article contains some spoilers for “Last Night in Soho.”]It was the twist that got Krysty Wilson-Cairns. For her second feature film, the Oscar-nominated “1917” screenwriter again embraced a creatively challenging collaboration to bring a vivid story to the big screen, but it all started with one clever (if divisive) idea from […]

Last Night In Soho Ending Explained: Nostalgia Is A Killer

Edgar Wright’s “Last Night in Soho,” a shot-across-the-bow warning of the dangers of nostalgia, centers on young hopeful fashion student Eloise “Ellie” Turner (Thomasin McKenzie). Eloise is both literally and figuratively haunted by the past. In one sense, she’s a girl out of time — ill at ease in her own contemporary era and idealizing 1960s London […]

Lisa Kudrow Says ‘The Comeback’ Season 3 Unlikely: ‘We Don’t Know If HBO Wants It’
Prey: Defeating the Predator Has Always Taken More Brains Than Brawn
Outlander Releases Caitriona Balfe’s Audition Tape
‘Shantaram,’ Gandhi’s Assassin, Ophelia: The Many Faces of Shubham Saraf
Sarajevo 2022 starts with Ruben Ostlund, Sergei Loznitsa honorary awards
The Friday The 13th Sequel That Kicked Off A Trend In Horror Movies
Streaming: the best Marilyn Monroe films
The 7 Funniest Matt Berry Roles, From ‘What We Do in the Shadows’ to ‘Community’
Why Twilight Is an Okay Romance and a Phenomenal Family Drama
Kate Bosworth: ‘Blue Crush’ Could Have Easily Been ‘Exploitative’ with Other Male Directors
How to Watch This Fool: Where Is the Chris Estrada Comedy Series Streaming?
How the Cinematography of ‘Evil’ Channels ‘Night of the Hunter’ and ‘Ida’
Pretty Little Liars: Original Sin Season 1 Episode 6 Recap
Why Neil Gaiman’s Stardust’s Female Characters Still Endure
Kevin Costner’s Horizon’ Adds Sienna Miller & Sam Worthington
Millie Bobby Brown Was Told She Was ‘Too Mature’ to Make It as a Child Star Before ‘Stranger Things’
How to Watch Emily the Criminal: Is the Aubrey Plaza Film in Theaters?
‘The Princess’ Review: Engrossing New Princess Diana Documentary Plays Out Like a Thriller
Mark Ruffalo Defends Marvel Output: “You Get The Same Version Of ‘Star Wars’ Each Time” But Not In The MCU
Ncuti Gatwa to Start Filming First ‘Doctor Who’ Season This November (Exclusive)