‘A Clockwork Orange,’ ‘The Dark Knight,’ and ‘Shrek’ Are Among Films Added to National Film Registry by the Library of Congress 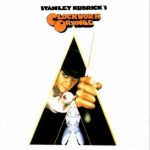 Somebody once told us the world was going to roll us, but we didn’t anticipate this. Shrek — alongside such films as A Clockwork Orange, The Dark Knight, and The Hurt Locker — has been deemed a work of “important cultural, artistic, and historic” value by the Library of Congress, which revealed its National Film […]

Unlike the Oscars or other annual awards, being selected by the Library of Congress as one of the 25 films picked to join the National Film Registry is on a whole different level. By being chosen, a film is given the honor of being deemed one of the most influential and important films to ever […]

Paramount Pictures is partnering with Skydance to co-finance and release the animated musical fantasy “Spellbound,” which features original songs and music from legendary Disney composer Alan Menken.“Spellbound” is now slated for global theatrical release on Nov. 11, 2022. This follows the release of Skydance Animation’s first original feature “Luck,” which will open domestically Feb. 18, […]

Terry Pratchett’s “The Amazing Maurice and His Educated Rodents” is set to become the first of the much-loved author’s books to be adapted as an animated movie. The Discworld novel, the 28th in the series and the first for children, has been optioned by Germany-based Ulysses Filmproduktion, which will make the film alongside Ireland’s Cantilever […]

‘Puss in Boots’ Sequel Lands ‘Spider-Man: Into the Spider-Verse’ Director

DreamWorks Animation has tapped “Spider-Man: Into the Spider-Verse” director Bob Persichetti for its “Puss in Boots” sequel.The deal was announced Tuesday, two days after “Spider-Man: Into the Spider-Verse” won the Oscar for animated feature for Persichetti, Peter Ramsey, Rodney Rothman, Phil Lord, and Christopher Miller.The original “Puss in Boots” was a spinoff from 2004’s “

‘Shrek Retold’ Trailer: The Fairytale Gets an Acid Trip Remake By Over 200 Animators and Filmmakers

Not too long ago, we learned that the DreamWorks Animation hit Shrek would be getting some kind of reboot from Illumination Entertainment. But before that happens, a huge group of filmmakers and animators have collaborated to remake the entire original movie from scratch. Shrek Retold is a reimagining of the original Shrek with over 200 […]

‘Despicable Me’ Producer Hired By Dreamworks To Relaunch The ‘Shrek’ Franchise

It’s only been seven years since “Puss in Boots,” the latest film in the “Shrek” franchise, hit theaters and earned $555 million worldwide. But as we’ve seen time and time again, it’s never too early to reboot a franchise. Although, what Dreamworks and “Despicable Me” mastermind Chris Meledandri is being called a reboot, but really […]

Russia’s Wizart has sold rights for German-speaking Europe for its 3D animated feature “The Snow Queen: Mirrorlands” to Peppermint Enterprises.Peppermint managing director, Patrick Keller, said the company is planning a late January/early February theatrical release, the first time that a film from the franchise has been given a theatrical release in the territory, where past […]

New Zealand-born director of “Shrek,” Andrew Adamson has joined forces with Tim White to produce “Shelved,” a major live action-CGI fantasy film. The picture about two slacker robots who fret about being replaced by humans, is to be set up as a New Zealand-China co-production with a production budget in the range of $20-40 million.“Shelved” […]

Robert Pattinson Is Playing An Angry Young Batman Who Is ‘Out Of Control’
The Visuals Of The Batman Trailer Owe A Lot To David Fincher’s Se7en
The Batman Trailer Breakdown: What’s Black And Blue And Dead All Over?
First Batgirl Concept Art Shows Leslie Grace’s Barbara Gordon Watching Over Gotham
The Daily Stream: Daniel Isn’t Real Is Wild, Weird, And A Solid Rollercoaster Ride
The Batman Trailer: The Dark Knight Returns, And This Time He’s Robert Pattinson
Robert Pattinson Looks Like The Most Emo Batman Ever, And We’re Okay With That
In Praise Of The New Batmobile, Which Looks Like It F*cking Rules
The Batman Trailer Reveals Just How Important A Proper Musical Score Is For A Superhero
The Batman Actually Appears To Be A Detective Movie, And That’s Incredible
Decoding The Batman Trailer’s Floor Of Clues
The Batman Looks Like Nolan’s Movies With A Proper Comic Book Makeover
Oscars 2022: Best Costume Design Predictions
Sandman TV Series Reveals First Look At Gwendoline Christie As Lucifer
The Flash Teaser: Barry Allen Meets A Batman From Another World
‘The Flash’ First Footage Teases Multiple Ezra Millers and Michael Keaton’s Batman — Watch
Aquaman And The Lost Kingdom Breakdown: Let’s Dive Deep Into The First Look
Peacemaker Is James Gunn Unleashed, Calls It A ‘Funeral’ For Warner Bros.
What You Need To Know About Vigilante, The New DC Antihero In The Peacemaker Series
The Night House Writers Pitched A Halloween Reboot That Kept Things Simple