Tag Archives for " Sicario: Day of the Soldado "
0

Stefano Sollima, the Italian director of “Without Remorse,” starring Michael B. Jordan as Navy Seal John Kelly, says he likes to “tell stories that are about real humans; not superheroes.” Sollima’s latest film, an adaptation of the Tom Clancy novel, finds the “Black Panther” star pursuing justice and unleashing hell in a high-octane spectacle that […]

The two composers won for, respectively, their scores for ‘Joker’ and ‘Succession’.Joker composer Hildur Gudnadóttir won the Wsa film composer of the year prize at the World Soundtrack Awards, held online this evening (Saturday October 24).The livestream of the ceremony is available to watch here, both during the event and via a recording once it […]

Jamie Bell is in final negotiations to join Michael B. Jordan in Paramount’s adaptation of the Tom Clancy novel “Without Remorse.”Stefano Sollima, who most recently helmed “Sicario: Day of the Soldado,” is directing from a script by “Sicaro” screenwriter Taylor Sheridan.As previously announced, Jordan is starring as operations officer John Clark, also known as John […]

Taylor Sheridan to Rewrite Michael B. Jordan’s ‘Without Remorse’ (Exclusive) 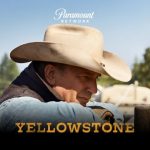 “Yellowstone” creator Taylor Sheridan has come on board to rewrite Paramount’s adaptation of the Tom Clancy novel “Without Remorse,” with Michael B. Jordan starring as operations officer John Clark.The pic marks a reunion for Sheridan and his “Sicario: Day of the Soldado” helmer Stefano Sollima, who will be directing.Sheridan’s involvement clearly shows how high a […]

‘People talk about Sicario as if it’s a documentary:’ Benicio Del Toro on his new thriller

The actor made his name playing characters on all sides of the drug war. How does he feel that his new film has become a lightning rod for Trump’s war on migrant families?Last week, when on the red carpet for his new film Sicario: Day of the Soldado, Benicio Del Toro was asked about the […]

Last weekend delivered the largest overall June weekend ever. The top twelve films grossed a combined $271.2 million, of which the top two films — Jurassic World: Fallen Kingdom and Incredibles 2 — accounted for 84% of that gross. While this weekend’s two new wide releases — Summit’s Uncle Drew and Sony’s Sicario: Day of […]

Playback is a Variety / iHeartRadio podcast bringing you conversations with the talents behind many of today’s hottest films. New episodes air every Thursday.Sequels to movies like “Sicario” are pretty rare, so it’s a gift for an actor like Benicio Del Toro to get a chance at expanding on a character such as Alejandro, the […]

Welcome to “Playback,” a Variety / iHeartRadio podcast bringing you exclusive conversations with the talents behind many of today’s hottest films.Josh Brolin is having quite the moment. With marquee roles as the cosmic supervillain Thanos in “Avengers: Infinity War,” time-jumping cyborg soldier Cable in “Deadpool 2” and his first-ever reprise, as deep-state operative Matt Graver […] 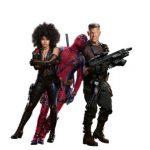 Josh Brolin is having a hell of a 2018. Starring as the big bad in one of the biggest movies of all-time, “Avengers: Infinity War,” the actor kept the hot streak going a few weeks later when he starred alongside Ryan Reynolds in “Deadpool 2.” Now, on the heels of two massive films, Brolin is […]