(Welcome to The Quarantine Stream, a new series where the /Film team shares what they’ve been watching while social distancing during the Covid-19 pandemic.) The Movie: Ghost Town Where You Can Stream It: Amazon Prime The Pitch: After a near-death experience during a routine colonoscopy, people-hating dentist Bertrum Pincus (Ricky Gervais) is shocked to discover […]

For years, the Electronic Entertainment Expo, or E3, has been the video game industry’s most important annual event. The weeklong trade fair, typically held in Los Angeles and attended by thousands of retailers and journalists, serves as a gathering where video game publishers reveal their upcoming titles and new hardware.Like most other large conventions, E3 […]

The original “Spider-Man” films are an interesting case study in early-to-mid-2000s superhero storytelling. The first film, directed by Sam Raimi, is largely responsible for the superhero resurgence that we are experiencing today, building off the ‘Matrix’-inspired “X-Men” film from 2000 and injecting a comic book tone both in the story and visuals, leading to record-breaking […]

How ‘Twister’ Beat ‘Mission: Impossible’ at the 1996 Box Office and Transformed Movie Marketing

Jan de Bont’s 1996 “Twister” (Warner Bros.) is more than a cinematic guilty pleasure. Produced by Steven Spielberg’s Amblin, the tornado-chase thriller shattered box office records at the time. The marketing triumph not only influenced the way future trailers were crafted, but much like Marvel’s “Spider-Man” in 2002, “Twister” showed Hollywood that you could jumpstart […]

We’ve known since February that “Evil Dead” and “Spider-Man” trilogy director Sam Raimi will direct “Doctor Strange in the Multiverse of Madness,” but until now Raimi hasn’t confirmed the news publicly. But on Tuesday, speaking to Coming Soon, Raimi did just that.It came up during a chat about Raimi’s 2004 film “Spider-Man 2,” which focuses […] 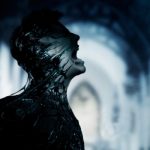 While many movies and TV shows are halting production and some of the spring’s biggest blockbuster movies are being delayed as the threat of the coronavirus pandemic spreads, Sony Pictures and Marvel Studios are still hoping they’ll be able to begin production on

When are the next issues of J.J. Abrams‘ Spider-Man comics coming out now? Want another look at concept art of Doctor Strange in Iron Man‘s armor? Who are the face-painted thugs in new set photos from The Batman? Which Batman v Superman star had no idea about The Snyder Cut of Justice League? Did you […]

Sam Raimi, who helped launch the modern superhero movie with 2002’s “Spider-Man,” is in talks to direct “Doctor Strange in the Multiverse of Madness” for Marvel Studios, Variety has learned.Raimi replaces original director Scott Derrickson, who Variety reported on Jan. 9 had officially departed the project due to creative differences. Derrickson will remain as an […]