Producer Janet Yang Was Just Elected President Of The Academy

The Academy of Motion Picture Arts and Sciences has announced its new president today, and the honor goes to Emmy-winning producer Janet Yang. Yang was elected by the Oscar voting organization’s Board of Governors, and the exec behind movies like “The Joy Luck Club” and “Over the Moon” is the third woman and second person […]

The fact that “The Joy Luck Club” was made is really a miracle in itself. The film that The Hollywood Reporter called “25 years too early” examines the culture clash between four Asian-American women and their mothers. The film is based on Amy Tan’s 1989 novel and presents a complex narrative that follows the interwoven […]

Failure to understand the film’s message is just another example of the way Hollywood continues to dismiss Asian achievement and storiesIt isn’t every day the Chinese community – or Asians for that matter – see their stories writ large in Hollywood. You have The Joy Luck Club in 1993 and, more than 20 years later, […]

For the Canadian/Korean actor, hosting tonight’s Golden Globes is part of a lifelong mission towards full representation of Asians on our screensIn 1993, Sandra Oh, who plays the eponymous MI6 agent in the hit TV show Killing Eve, went to the cinema to see The Joy Luck Club. Wayne Wang’s film about four Chinese immigrant […]

After “Asian August,” What’s Next For Asian-Americans in Hollywood?

In 1993, The Joy Luck Club hit theaters, presenting a nuanced, never-before-seen look at the lives of Chinese-American women and their immigrant mothers. It was supposed to be a watershed moment for Asian-Americans in Hollywood, one that would harken a slew of Asian-led projects and finally defeat that pesky use of yellowface that had dogged […] 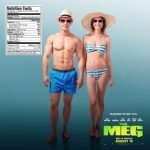 August may be a notoriously slow month at the box office, but Warner Bros. has now delivered back-to-back strong performers. Last weekend The Meg topped all expectations and continued its strong global performance this weekend, while the new release of Crazy Rich Asians delivered an estimated $34 million in its first five days of release. […]

“Crazy Rich Asians” is heading for a glamorous first weekend with an estimated $22 million from 3,384 North American locations.The Warner Bros. film debuted August 15 and has already racked up $16 million. Constance Wu, Henry Golding, Awkwafina, and Michelle Yeoh star in the Asian-led pic, the first of its kind since 1993’s “The Joy […]

‘Crazy Rich Asians’ Is 100 Percent ‘Fresh’ on Rotten Tomatoes, but Some Miss the Book’s ‘Venom’

Warner Bros.’ sumptuous adaptation of bestselling novel “Crazy Rich Asians” impressed most early critics, who also regretted how much weight will be placed on its box-office performance. Not since Rob Marshall–helmed “Memoirs of a Geisha” (2005) has there been a studio film centered on an Asian cast, while 1993’s “The Joy Luck Club” was the […]

‘The White Lotus’ Season 2 Trailer: Jennifer Coolidge Finds Love (and Murder) Under the Sicilian Sun
Jared Leto Will Star As Legendary Fashion Designer Karl Lagerfeld In Upcoming Biopic
10 Best Star Wars Legends Characters That Should Be Canon
James Cameron Using a ‘Simple Hack’ to Achieve High Frame Rate on ‘Avatar: The Way of Water’
‘Avatar 4’: Most of First Act Complete, Reveals Producer Jon Landau
Studiocanal appoints TV series COO
The Rings of Power: What Are the Seeds the Elves Plant Before Battle?
What Pearl Adds to the Horror Legacy of The Wizard of Oz
The Rings of Power: Who Will Become a Nazgûl?
Christian Bale Says He Made Less on ‘American Psycho’ Than the Film’s Makeup Artists
Entergalactic and the Untapped Potential of Adult Animation
Sissy Spacek’s Portrayal of Loretta Lynn Set the Standard for Celebrity Biopics
Cate Blanchett and Todd Field on Method Acting, #MeToo, and the Movie Theater Crisis
Andor Exposes the Impact of Colonialism Through the Empire
‘Bring It On: Cheer or Die’ Review: Intriguing Concept Doesn’t Follow Through
Elizabeth Olsen: Filming Marvel Scenes Is ‘Embarrassing’ and ‘Ridiculous’ Before CGI Effects
Andor: How Far Will You Go For the Rebellion?
‘Hellraiser’ Review: Clive Barker’s S&m Horror Classic Is Cleanly Resurrected
Jurassic Park Review, Don’t Judge Spielberg’s Classic By Its Sequels
‘Hellraiser’ Review: A Reboot of the Pain-Freak Horror Franchise Is Now the World’s Edgiest Disney Movie