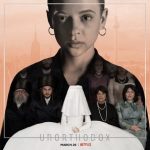 Over a year into lockdown, and we’ve all likely exhausted our existing Netflix queues. Whether you devoured “Tiger King,” “Unorthodox,” or “Bridgerton,” Netflix had many worldwide hits with its original content — this, in a year, aided by viewers with exponentially more time at home. But those popular titles are just the tip of the […]

With exquisite touch and lavish locations, Susanne Bier is the Danish director behind some of the most sensational – and sumptuous – shows. Here she explains the appeal of undoing the eliteThe HBO thriller The Undoing may be the TV show of lockdown 2.0, much as watching Tiger King or The Last Dance defined for […]

The Trainspotting actor discusses his Netflix indulgences, his role in Bong Joon-ho’s Snowpiercer – and how he hasn’t owned a TV for 25 yearsRead all the other Lockdown watch choicesI live in Harlem in New York and I’m quarantined on my own. The streets are very calm. As an actor I’m quite adapted to waiting […]

“Tiger King” is becoming a television show with Nicolas Cage confirmed to star as Joe Schreibvogel, better known across the world as Joe Exotic. According to Variety, the television show will be based on the Leif Reigstad’s Texas Monthly article “Joe Exotic: A Dark Journey Into the World of a Man Gone Wild,” the rights […]

For last night’s “SNL at Home” quarantine edition of “Saturday Night Live,” the remote production and virtual broadcast was not a problem; however, the lack of a live audience made for an an alienating experience. But a few sketches certainly stood out, according to IndieWire’s review, and one of them featured newbie cast member Chloe […]

On the April 10, 2020 Episode of /Film Daily, Film editor-in-chief Peter Sciretta is joined by /Film senior writer Ben Pearson and writer Chris Evangelista to discuss the latest film and tv news, including Cats: The Butthole Cut, Southland Tales, The Others, Doogie Howser, Quibi, Tiger King, and More Coronavirus updates. In The News: Chris: […]

‘Tiger King’ Had 34 Million Viewers Within 10 Days of Launch, Fox to Air Special

Netflix’s “Tiger King: Murder, Mayhem and Madness” is pretty popular. So much so that over 34 million viewers tuned in to the docuseries within 10 days of its release, according to Nielsen.Variety reported the true crime docuseries had 34.3 million unique viewers in the United States from March 20-29, making it one of Netflix’s most […]

After months of anticipation, mobile-only streaming service Quibi will launch Monday with dozens of titles, all served up in “quick bites” of 10 minutes or less. Among them are eight documentaries, including one from Brent Hodge following small-town corruption allegations and another from producer Lena Waithe about sneaker culture.Additionally, IndieWire has exclusively learned of new […]

True-crime has become the genre du jour for many streaming platforms and networks. However, spectacles such as “Making a Murderer,” “The Jinx,” “The Staircase,” and, most recently, “Tiger King” have painted the disturbing genre as an opportunity for armchair detectives and meme-generators to watch for all the wrong reasons. Often, the crimes are reduced to […]

Not everyone is watching “Tiger King.” As audiences embrace premium VOD, increased interest in the lower-cost library titles follows. FandangoNOW, the streaming portal connected to the leading theater ticket-sales service, has provided its most recent seven-day ranking of pre-2019 features as well as digital sales on franchise packages.Here’s the top 10 of $3.99 catalogue titles.More […]