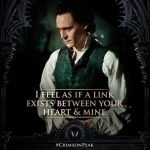 [Editor’s note: The following gallery was originally published in July 2019. It’s been updated multiple times since.]Guillermo del Toro’s boundless imagination, from the gothic horrors of “Crimson Peak” to the creature-feature-inspired “The Shape of Water,” has been cultivated by a lifelong love of cinema. The Mexican filmmaker proudly wears his influences on his sleeves, while […]

Following her outstanding and irreverent directorial debut, “Booksmart,” actor-turned-filmmaker Olivia Wilde returns with a much more ambitious effort in “Don’t Worry Darling.” Taking the mystery box route, “Twilight Zone” meets “The Stepford Wives,” with a little dash of “The Matrix,” the audacious film is ultimately a misfire because of its overextending mystery conceit. But regardless, […]

Richard Donner: His Life and Career in Photos

Richard Donner, who died July 5 at 91, directed for TV series including “Twilight Zone,” “Get Smart” and “Man From U.N.C.L.E” before becoming one of the top movie directors of the 1970s and ’80s with films including “Superman,” “The Goonies” and “Lethal Weapon.” His later films included “Conspiracy Theory” and “Timeline.”More from VarietySteven Spielberg, Mel […]

The Twilight Zone is back with more tales from the fifth dimension. Jordan Peele‘s revival of the classic Rod Serling supernatural anthology series has set its season 2 premiere for this June on CBS All Access. CBS announces the date, along with the release of the season 2 trailer, on National Twilight Zone Day, one […]

Though it might not have been the earth-shattering series that CBS All Access hoped for (the platform is apparently keeping the lights on thanks to its various ‘Star Trek‘ series), Jordan Peele’s reboot of “The Twilight Zone” was a pretty good hit for the streaming service, as well as a fairly critically-acclaimed new series. The […]

Just how dire is Hollywood’s dependence on intellectual property? The “Sonic the Hedgehog” movie wasn’t even this week’s most desperate attempt to bring an old brand into multiplexes. Not that rebooting ABC’s “Fantasy Island” for the big screen was an inherently bad idea — the 1977 television show’s “‘Twilight Zone’ in paradise” vibe is always […]

‘The Last of Us’ Episode 4 Introduces a Mysterious New Threat
‘All Creatures Great and Small’ Gave Mrs. Hall the Standout Episode She Deserves
The Last Of Us Episode 5 To Air Three Days Early
Andrea Riseborough Helped Brandon Cronenberg Get His Plans For Possessor Past The Producers
Paul Mescal’s ‘Aftersun’ Performance Is a Masterclass in Taking Risks
Fast & Furious Director Justin Lin Takes Han’s Snacking Very Seriously
‘The Last of Us’: Melanie Lynskey’s Kathleen Brings in a New Level of Menace
Kurt Russell Couldn’t Stop Asking John Carpenter One Question About The Thing
‘Hell Fest’ Ending Hints at an Even More Interesting Movie
The Last of Us Episode 4 Recap: We’ll Get Through This
The ‘Mission: Impossible’ Movies Would Benefit From an M Character
‘The Last Of Us’ Episode 5 to Debut on HBO Max Early Ahead of Super Bowl
The Last Of Us Episode 4 Introduces New Threats
‘The Last of Us’ Episode 4 Easter Eggs
‘Scream 6’: Everything We Know so Far About the Slasher Sequel
She Got The Egot! Viola Davis Has Now Won Emmy, Grammy, Oscar, And Tony Awards
Pedro Pascal Can’t Help But Crack Up In A Mostly Satisfying Episode Of Saturday Night Live
Viola Davis Joins The Egot Club After Grammy Win
Why Is Horror Without Monsters So Terrifying?
‘Everything Everywhere’ Directors Daniel Kwan and Daniel Scheinert Pick Their Favorite Films from the Criterion Closet — Watch