Fans of stunt woman Dayna Grant have donated over $73,000 and counting to help raise money for surgery after the stunt performer sustained a head injury while on set. As detailed by an official crowdfunding campaign, Grant was “experiencing symptoms of Traumatic Brain Injury” after the injury and was later diagnosed with an “8mm Aneurysm […]

If you just watch the promotional materials being released by WarnerMedia, you would be right to assume Denis Villeneuve’s “Dune” will be one of the many WB films released simultaneously on HBO Max and in theaters in 2021. Much like “Wonder Woman 1984,” “Godzilla vs. Kong,” “The Suicide Squad,” and more, the plan for “Dune” […]

“Godzilla vs. Kong” muscled its way to a pandemic-era box office record, giving Hollywood studios and theater owners alike hope that people are ready to return to the movies after a year of watching Netflix at home.The tentpole, from Warner Bros. and Legendary Entertainment, generated $32 million over the weekend and $48.5 million in its […]

‘Godzilla vs. Kong’ Will Play in More U.S. Theaters Than Any Other Pandemic-Era Release

When “Godzilla vs. Kong” debuts in the U.S. on Wednesday, it will play in more theaters than “Tenet,” “Wonder Woman 1984” or any other pandemic-era release.The epic monster mashup, from Warner Bros. and Legendary Entertainment, is screening in more than 3,000 North American locations. That surpasses the benchmark previously held by Christopher Nolan’s time-bending sci-fi […] 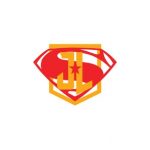 [Editor’s note: The following article contains spoilers for both the theatrical cut of “Justice League” and the Snyder cut, along with small spoilers for both “Wonder Woman” and “Wonder Woman 1984.”]Since its spectacularly ill-fated theatrical release in November 2017, Joss Whedon’s version of “Justice League” has earned itself many detractors — from original director Zack […]

Director Patty Jenkins and her “Wonder Woman” cast have been open about the struggles making both their first standalone feature and its recent sequel, “Wonder Woman 1984.” Now, we’re learning that the plotline to the original “Wonder Woman” film, released in 2017, had an incredibly troubling origin story that director Jenkins removed.The plot was revealed […]

With big-budget blockbusters like “Wonder Woman 1984” and “Mulan” launching simultaneously online and in theaters, streaming has “pushed into its own white space” and is unlikely to vacate that space any time soon, according to Ampere Analysis’ Guy Bisson.Speaking during a European Film Market opening session at Berlinale, Bisson outlined some of the major tremors […]

Warner Bros. animated family film “Tom and Jerry” debuted to $13.7 million at the domestic box office, one of the biggest opening weekend hauls of the coronavirus era and a signal that moviegoing may be on the mend.To be sure, it’ll take some time for ticket sales to reach pre-pandemic levels. But second to “Wonder […]

Box Office: ‘The Croods 2’ Tops ‘Judas and the Black Messiah’

DreamWorks Animation’s “The Croods: A New Age” topped an anemic domestic box office, grossing just over $2 million in its twelfth week of release. The family film has earned roughly $49 million since it opened last fall. It is eyeing a Presidents’ Day weekend gross of $2.7 million and is playing in 1,890 theaters.That modest […]