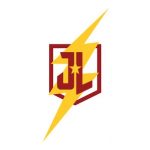 Batman’s most infamous villain the Joker is returning in Zack Snyder’s “Justice League,” more widely known as the Snyder Cut.

Sources confirm to The Hollywood Reporter that Jared Leto will reprise his “Suicide Squad”-iteration of the Joker in Snyder’s reshot production.

Leto’s villain was not featured in the 2017 theatrical cut of “Justice League.” THR adds: “Shooting is currently underway with Ben Affleck, Ray Fisher, and Amber Heard among those involved on top of Leto.

It is unclear which other actors are involved.”WarnerMedia announced in May it was moving forward with the Snyder Cut and giving Zack Snyder the chance to make his version of “Justice League.” Snyder left the comic book tentpole in post-production due to a family tragedy, leaving Warner Bros.

to bring in Joss Whedon to complete the project and oversee reshoots.

Whedon’s theatrical cut was panned by critics and overhauled

‘Dune’ Mines Just $6.45 Million Out of China on Opening Day