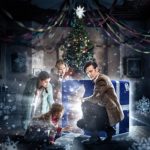 James Gunn is directing the sequel to the 2016 feature based on the DC Comics anti-heroes.

Margot Robbie, Joel Kinnaman, Jai Courtney and Viola Davis are reprising their roles and Idris Elba, John Cena, David Dastmalchian and Daniela Melchior have joined the film.“Guardians of the Galaxy” director Gunn also wrote the script to the project, in which supervillains are recruited by the government to carry out secret missions.Though it fell flat with critics, the original “Suicide Squad” was a box office sensation, grossing $746.8 million worldwide.

“The Suicide Squad” will hit theaters on Aug.

He won an Oscar in 1995 for the live-action short “Franz Kafka’s It’s a Wonderful Life,

‘Antebellum’: This Movie Polarizes Audiences and for the Directors, That’s the Point

Henry Cavill Would Still “Love” To Play The Next James Bond, Says “It Would Be Very, Very Exciting”

Sarah Paulson: ‘If I’m terrified, I feel compelled to do it’