Liz Garbus on How Jacques Cousteau Sounded the Alarm for Climate Change: ‘Very Little Has Been Done and It’s Quite Tragic’ 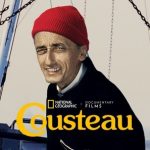 But for National Geographic’s “Becoming Cousteau,” director Liz Garbus focused on his legacy as an explorer.Garbus chronicled the highs and lows of Cousteau’s life as an adventurer who was a dedicated conservationist and was highlighting climate change half a century ago.To tell this story, Garbus partnered with editor Pax Wasserman to comb through Cousteau’s archival footage, and rather than use talking heads, Garbus and Wasserman let the explorer narrate this timely documentary.Garbus and Wassterman spoke to Variety about their collaboration.I grew up in the U.K, but wasn’t familiar with Jacques Cousteau, what did he mean to you growing up?Liz Garbus: He certainly was on in the U.K.

I think in some ways, that’s exactly why we made this film.

For me, and I think people who