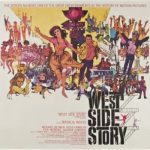 Netflix will back Bradley Cooper’s upcoming drama about Leonard Bernstein, the legendary conductor and musical maestro behind “West Side Story” and “Candide,” Variety has confirmed.The film was initially set up at Paramount.

It has an A-list lineup of producers, including Martin Scorsese, Steven Spielberg, Emma Tillinger Koskoff, and Todd Phillips.

Kristie Macosko Krieger from Amblin will also produce.However, the project doesn’t sound like a commercial slam-dunk, at least not on paper.

Younger generations likely draw a blank when Bernstein’s name comes up (if it comes up at all), and Spielberg’s re-make of “West Side Story” is already scheduled to come out in 2020.

There’s also a Broadway revival of the show, signaling that we may have entered an era of peak-Bernstein.

Having the project launch on a streaming service could help it avoid being judged merely on its box office performance.

‘Palmer’ Review: Justin Timberlake Is an Ex-Con Who Befriends an Abandoned Little Boy in Sweet Drama

Smash hit or total turkey? In the age of streaming it’s impossible to tell

Keira Knightley Reveals Discomfort of Male Gaze: ‘I’d Just Rather Not Stand In Front Of A Group Of Men Naked’