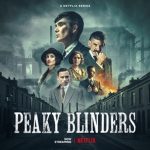 Up until its recently-completed final season, each and every installment of “Peaky Blinders” has featured a big name actor in the role of the main antagonist.

While Finn Cole’s Michael Gray took the centerstage in season 6, throwing the Shelby family into turmoil as he finally came to blows with his estranged cousin Tommy (Cillian Murphy) in an epic power struggle, prior seasons carefully built up each standalone threat as a new headache for Tommy and his gang of Peaky Blinders to deal with.

From Sam Neill’s odious Inspector Chester Campbell to Adrien Brody’s Luca Changretta, the Shelbys eventually managed to take care of every major obstacle in their path — all except for one.Sam Claflin’s Sir Oswald Mosley, based on the real-life historical figure who whipped pre-wwii Britain into a fascist frenzy, has posed the most significant challenge to Tommy’s grand plans.

Brought together out of mutual benefit,

How ‘The Eminence in Shadow’ Became an Anime Sleeper Hit

Harlem Cast and Character Guide: Who Plays Who in the Comedy Series

‘The Palace’ First Look: Kate Winslet Stars In Upcoming HBO Limited Series About An Authoritarian Regime In Its Twilight