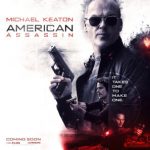 Director Jeremy Rush, of Wheelman fame, has his next project lined up.

Variety is reporting that Rush will helm the actioner Versus, from Universal.

Plot details are being kept close to Universal’s chest at the moment, but another action film from Rush is an enticing notion.

Wheelman, a 2017 Netflix original starring a potty-mouthed Frank Grillo (he drops nearly 300 F-bombs in the thrilling performance) as a getaway driver, was a creatively filmed, pulse-pounding flick.

The movie traps us inside a car where …

A Process of Subtraction: Sean Durkin on His Disquieting Family Drama, The Nest