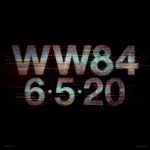 After years of anticipation, the world got its first major look at Wonder Woman 1984 this weekend as the first trailer for the 2020 release was released.

With the twin threat of Barbara Ann Minerva and Maxwell Lord now known, the two women behind the movie are finally ready to reveal a little bit more about what one of next summer’s biggest movies has to offer.Talking to press ahead of Sunday’s Wonder Woman 1984 panel at Comic Con Experience in São Paulo, Brazil, director Patty Jenkins noted she and Gadot already have a story for Wonder Woman 3,…

‘The Cave’ director Feras Fayyad reapplies for Us entry visa